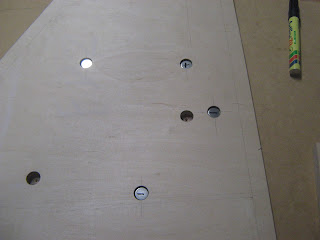 Began gluing in the magnets into the magnet housings. I didn't want to glue all the magnets in one go but in stages to limit mistakes. I only have one shot at this so I have to get it right.

First I started with the fold section for the front door flaps. 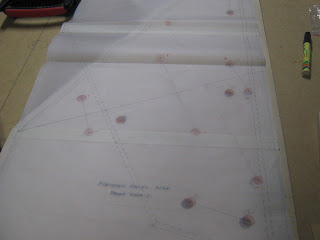 Used the magnet transfer paper to ensure that the positive and negative magnets were going to go into the right places. 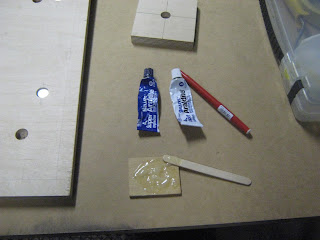 When had all the magnets in place and was happy with the dry run after doing a few tests to see if they were in the right orientation. I mixed up a batch of Araldite glue. The magnets would need about 8 hours to dry. But for the full strength for the glue to take place I needed to leave for 3 days. 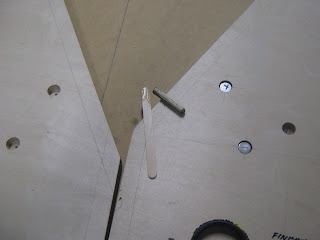 It was a bit tricky getting the glue into the housings. found using a paddle pop stick than using a dowel to scrap it in and smear it around in the housing worked best. You don't need that much just enough to help bond the magnet to the plywood. 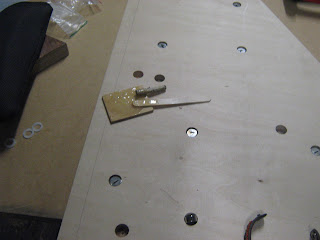 I needed to use a piece of metal to get the magnets out of the housings that were placed in there when doing the dry run. 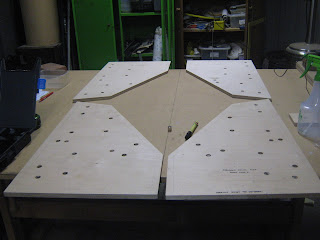 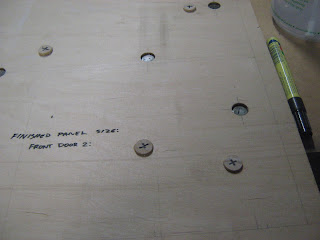 Began doing the second batch of gluing in the magnets. These sections were the top and bottom sections of the front doors flaps and back doors that would help connect one another together when the cabinet is closed. 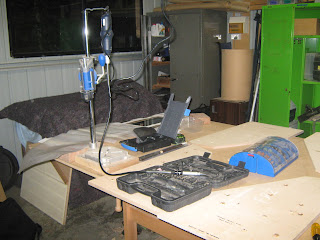 Some of the araldite had risen up and prevent some of the dowel plugs from sitting in properly. The glue is easy to remove when dry its more the fact having it on a magnet. 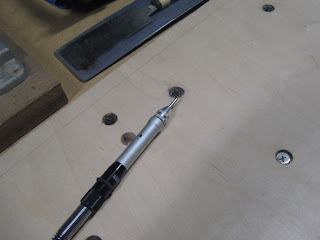 I had to use a rotary router with a small metal grinder on it to remove the excess of dried araldite. Although had to be careful due to the magnetic field which kept on grabbing the cuter which got annoying after a while. 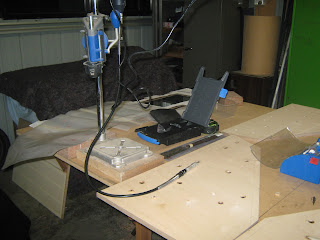 When cleaning the araldite with a cutter at this speed it began to go a bit cluggy. I had to remove it by having the mobile vacuum press set up next to it. Had the hose right near the housing. So when I grinded the glue the particles would go into the dust extractor. Just had to be careful since due to the magnetic field grabbing the metal cutter it created some sparks.

When finished had to check the dust bin to make sure no sparks had caught further alight. 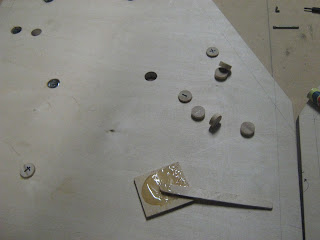 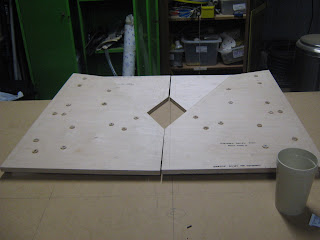 Left to dry. So far everything is working well with the magnets. They are connecting quite well to their partners. 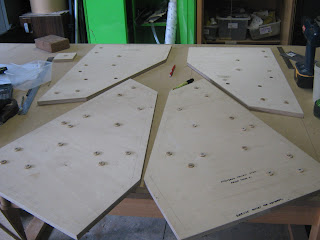 Applied 4th glue up. There is only one more glue up than  the plugs can be cut down and made flush with the substrate face. I currently ran out of magnets and the place I buy them have ran out. I have placed some on order and they should come to me in a couple of days in the mean time will need to work on some thing else. 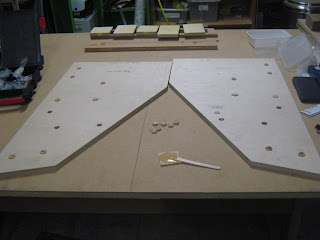 Gluing in the last of the magnets into the magnet housings with the araldite glue. Gluing plugs over as well. When this is done will be slicing off the tops of the dowel plugs and making them flush with the substrate faces. 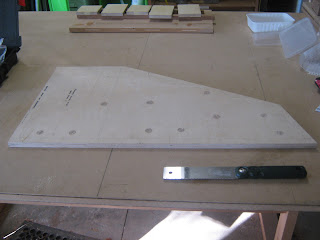 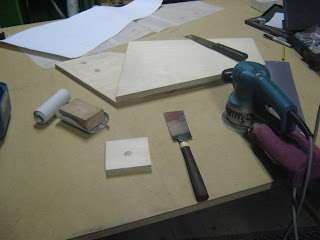 Cut the top off the dowel plug in the scrap piece of plywood and sanded it down with the orbital sander using 180 grit. Scored and sanded face with 240 grit sand paper. I wanted to do a test piece that had a dowel plug in it and was veneered over. Just wanted to see whether I was going to have any problems later down the track. Probably should have done this test a lot sooner. 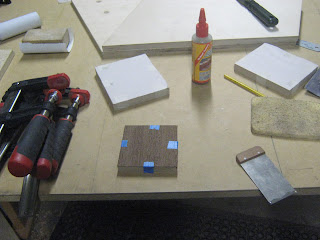 Thought also this would be a great chance to test out the blue painters tape. I just glued the wenge veneer to the test substrate with the polyurethane.